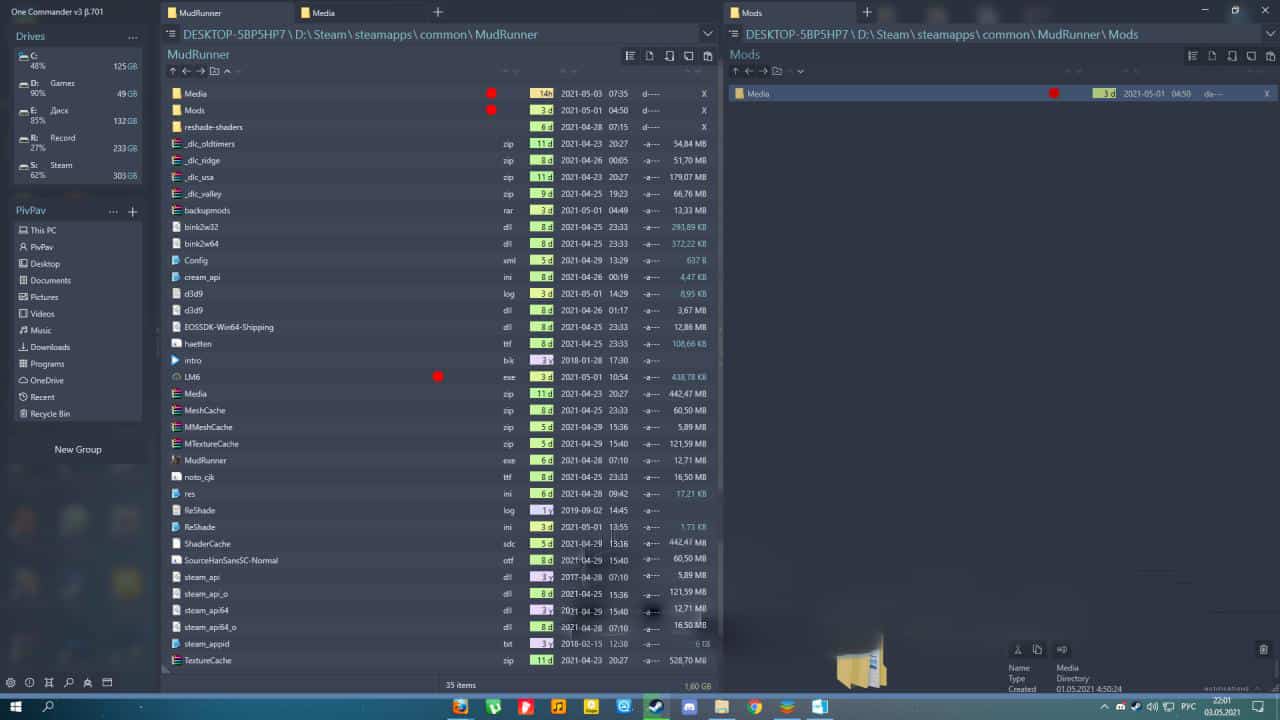 I sketched a program, an analogue of SPMMM or JSGME, only the whole process is fully automated.

The task was as follows: to make sure that when the game starts, the mods themselves are copied to the Media folder, but with a delay of a certain number of seconds, and when you exit the game, the Media folder is cleared and remains intact. Launched, as they say – play!

I don’t know why you might need it, because without checking the files, you can only play with MudrunnerMod, and you can play with mods that do not globally affect the game process). I was interested in the process itself – “picking in the code”.

Launch: For convenience, you can create a shortcut where it is convenient, the main thing is that batniks and vbs are at the root of the game.

P.S. I’m not a coder, and I don’t even study. I’m just curious)!
P.P.S. The .exe itself could not be added, tk. all the clouds swear at the virus, because the .exe is compiled on the knee.