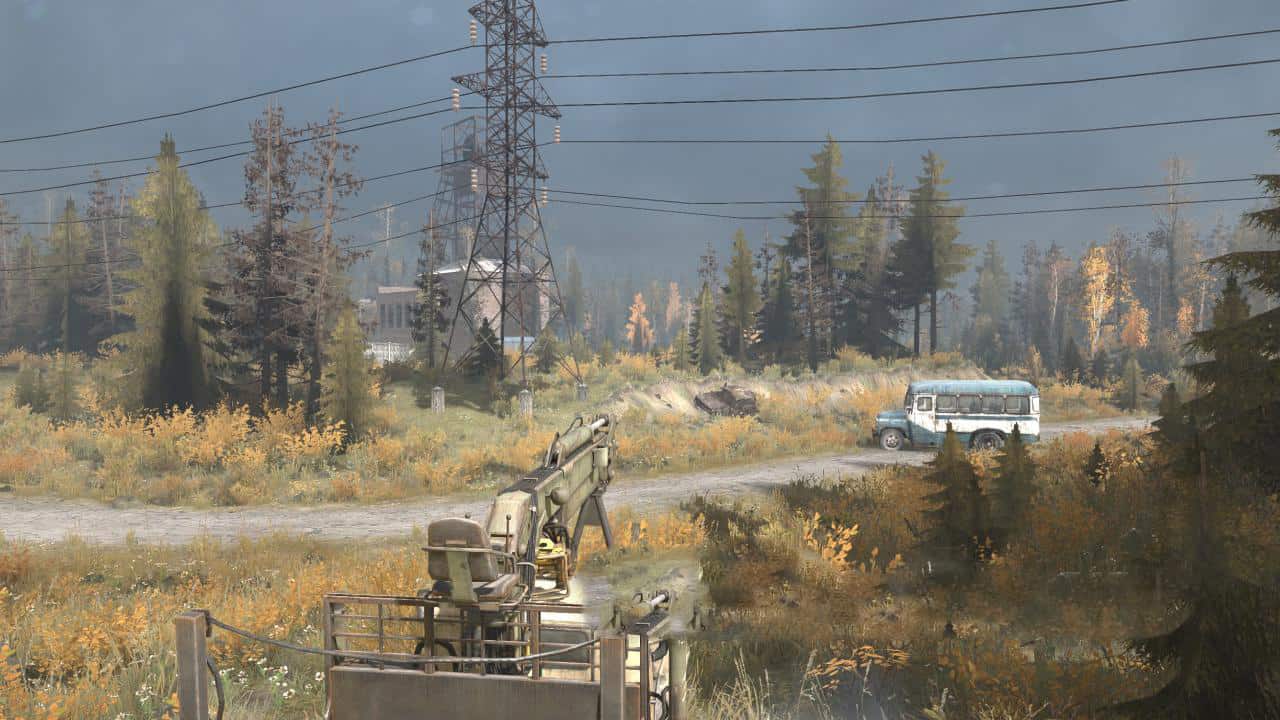 The mod is based on the Zone from the game “Stalker Shadow of Chernobyl” (S.T.A.L.K.E.R). The locations are a little compressed to fit everything. Visit familiar places!
Contains 2 maps (1×1 km), 4 cars, own cargo.

Map “Shadows of Chernobyl”
The Chernobyl Anomalous Exclusion Zone without a person is pretty overgrown with forest, so the stalkers decided to organize their own timber industry in the Zone. Dangerous competitors, radiation and anomalies will not stop them, victoriously chopping down it is quite possible that the radioactive forest is for the citizens of the whole planet … In addition to transporting timber, you will have more to do: firstly, for using the garage, stalkers ask you to bring them vodka. And for unhindered and felless penetration into the Zone and back, help the military – you need to deliver ammunition to the camp. Also, some stalkers in the village of newcomers want the artifact “Chunk”, sort of like for protecting your case. I don’t know, maybe these are some bandits pretending to be stalkers? The famous stalker Shooter also asks you to get the rare artifact “Ball”. All tasks are marked on the map in the GARAGE!
It is better to look for artifacts at night, on a UAZ, using a special detector. If the character does not take the artifact from you – perhaps you brought him the wrong artifact, in this case look for another one.

On the map:
– Many points of exploration
– 1 closed garage (4 garage points)
– 1 gas station
– Several loading points of various types.
– 4 sawmills for logs and 4 for tasks. JOBS are also MAPPED ON THE MAP IN THE GARAGE! The card can be opened on a smartphone using a QR code
– 3 cars at the start.

Map “Clear Sky”
Having made your way north, closer to the center of the zone, you settled in Limansk. But for using the garage in Limansk – local stalkers ask to bring the artifact “Hunk” from the big anomaly in the Red Forest. On the way, you also met a forester who gave you the opportunity to refuel near the old mine shaft for free. In return, you need to bring him vodka. But here’s the bad luck – the moonshiners from the “Freedom” group, in return, want raw materials for their “alcoholic products”. Potatoes are fine, but you can take them again from the Forester. But that’s not all – Svoboda people ask them to bring up building materials for the bathhouse. Also, scientists for some kind of experiment on Yantar needed metal pipes (again, they stir up something with a psi effect). By the way, between Limansk and the red forest there were two more bridges that collapsed. You can find a way to fix them – and take a shortcut. All tasks are marked on the map in the GARAGE!

On the map:
– Many points of exploration
– 1 closed garage (4 garage points)
– 2 gas stations
– Several loading points of various types.
– 4 sawmills for logs and 4 for tasks. JOBS are also MAPPED ON THE MAP IN THE GARAGE! The card can be opened on a smartphone using a QR code
– 3 cars at the start.

Attention! There are many objects on the maps, stability problems are possible.
Special thanks go to SERJ.46.