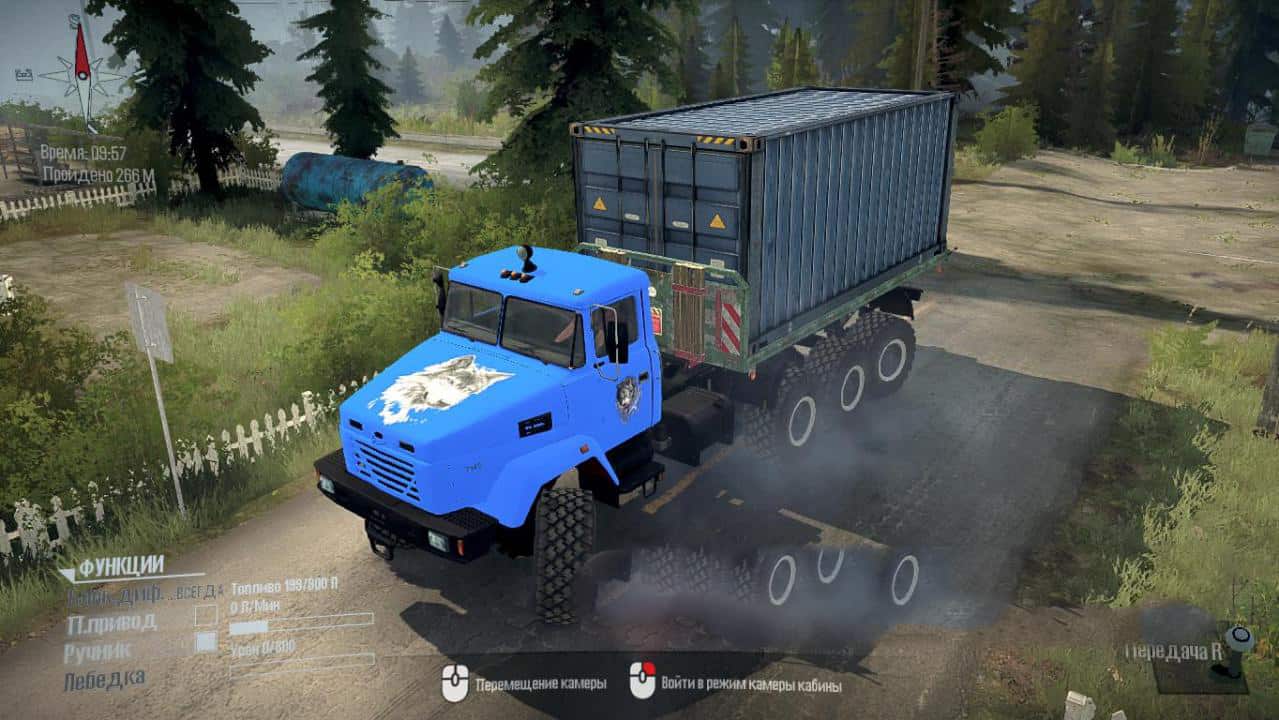 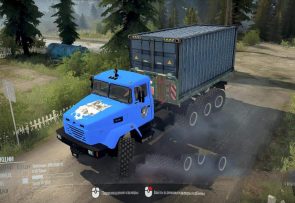 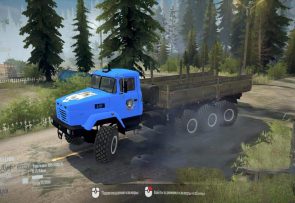 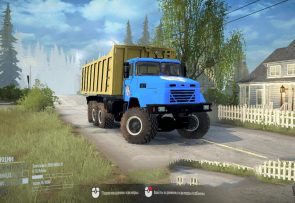 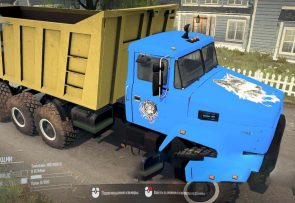 Change in version:
– Added 3 addons
Container,
Bots platform
MAZovsky dump body.
– Repainted cabin and added “Wolf” skins on the hood and doors
– Not many minor changes in terms of the characteristics of the truck itself